One way to look at virtual reality is as a glorified chat room. You can hence use it as such, to try to find people to chat with about the topic of this website (or something else). Virtual reality is however more than that. It can be used to create something that looks the same as the normal world, which can then be used to think about things, get a feel for it, model something new, etc. This is all possible in the Virtual Reality space associated with this website (market.socialism.nl). The type of virtual reality used here is among the more realistic – called Opensim – allowing people to roam around freely.

The area currently is 1 kilometer by 3 kilometer, comprising of several islands. On the main island an economy with land distribution is modeled. It might perhaps strike a visitor that this looks no different than the normal world. Indeed, things are not that different from the world as we know it in the 21th century as it might be on a sparsely populated island. If however you looked closely and realize what goes wrong in todays society and in the past, you might notice what you do not see. You do not see one palatial house with a number of huddle huts for the serfs. People have the same amount of land and the same voice in the general affairs Governing aspect of things, therefore they do not become each others serfs or masters as easily or at all. A direct council democracy ensures the absence of a class of warriors or other type of system of army or violence to be able to claim rulership and after that shortly to crush the population to satisfy all their taxation lusts.

It is a 3D drawing of a perhaps possible future, an artistic impression of sorts, a living painting that you can be a part in. The setting being simple / rural does not imply the system requires a rural society. It would be an enormous amount of work to model a society comprised of thousands or millions of people. Only in a small and rural model would it be possible to model a self contained economic process. A model of a small part of a city is possible to make, but it cannot contain the entire economic process behind it.

This virtual place is currently connected to the HGLuv grid .

The URI of this place is:
grid.hgluv.com:8302:Distributism Copy/paste that into world map (control-m for world map in firestorm viewer, see below for what a viewer is and how to get one) enter URI in search box to the left of the button “find“, then press “teleport“. You may need to try a few times perhaps, and/or first go to the grid generally (omit :Distributism).

Eelaadwis can (if everything works) also be reached by http://astria-porta.net/ stargate (/46 /dial Eelaadwis), and/or by this system: https://lookits.me/hgsearch/ The reliability of these systems is not clear (in year 2018). The world map has always been the most reliable method of getting around the hypergrid (the network of grids). If that fails, all other methods will likely also fail.

What kind of system, how to get access to this system:

Virtual reality (open sim servers, grids, viewers) can not directly be reached by web browser. It is necessary to download and start a so-called “viewer” (see: http://opensimulator.org/wiki/Compatible_Viewers). Typically fairly good hardware is needed to run virtual reality spaces at an acceptable frame rate. (At the time of this writing it does not seem possible to access Eelaadwis in a good way with the specialized Lumiya viewer for computer phones, because it consists of three 4×4 var regions (1024x1024meter), whose extended parts do not render correctly on that viewer in my experience in year 2018).

Before you can enter any kind of Virtual Reality space in the open-sim system, you need a grid to log in to, and a so-called avatar. The surest way to enter Eelaadwis is to have an avatar on the same grid (metropolis), but it should work from other grids as well if they are hypergrid open to Metropolis. Hopefully most of them are. It is also possible to install your own opensim Virtual Reality sim server on your own computer, and even make it your own grid, log into it there in your own computer and then teleport to Eelaadwis, but that is some rather advanced stuff.

See you in Eelaadwis, if you can lift your foggy spell. 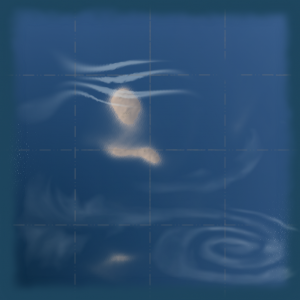 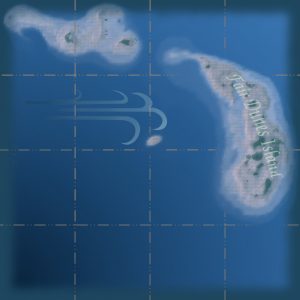 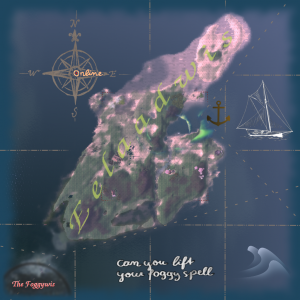 When you enter on this land (Distributism), you enter into a sort of a game. You cannot merely enter the land from a place of trouble as is mankind on Earth … ;-). 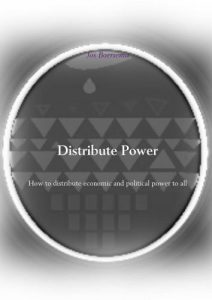